February 26, 2019 by The Middlebrook Foundation 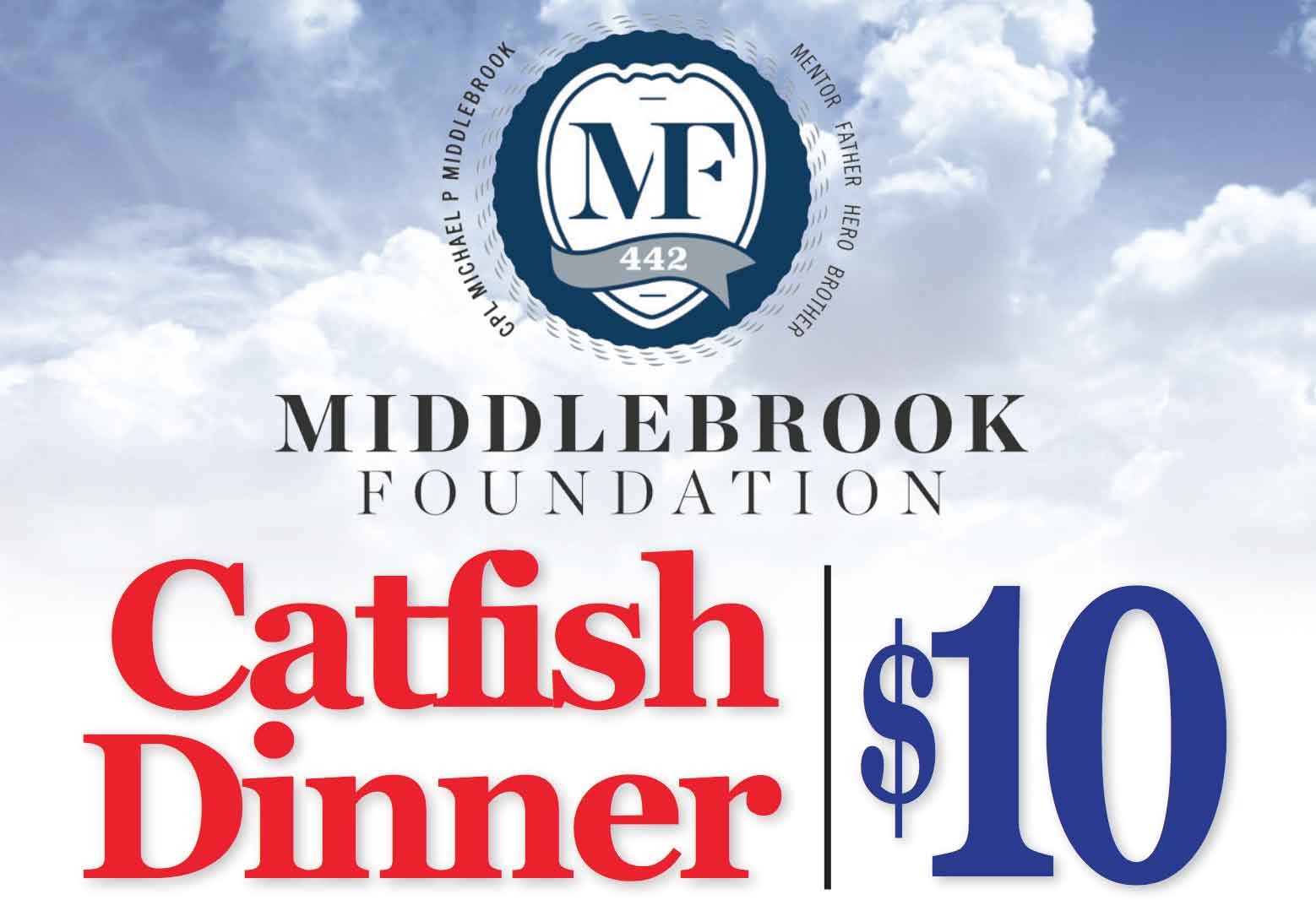 Join us for a Catfish Dinner Fundraiser!

Saturday, April 13, 2019 11am-1pm
The corner of Bendel Rd. and Pinhook in the Edie’s parking lot
All Proceeds Benefit the Middlebrook Foundation
For tickets call 337-962-0786 or purchase online

Corporal Michael Middlebrook was shot and killed Oct. 1, 2017 when he and another officer responded to a shooting at a north Lafayette convenience store.

Michael served as an MP in the United States Army, and after his discharge, he pursued his dream of being a police officer. Michael graduated from Calcasieu Parish Regional Law Enforcement Training Academy, where he received an award for marksmanship. He began his law enforcement career with the Cameron Parish Sheriff’s Office, and in 2009, he joined the Lafayette Police Department.

During his time with the Lafayette Police Department, Michael was quietly helping the poor and less fortunate residents of the community he patrolled. Michael didn’t tell anyone of his “acts of kindness”, because he didn’t do it for the recognition. He did these things from his heart, knowing it was what God wants us all to do.